It’s probably not just in your head.

Popular Instagrammer Dana Omari is devoted to her mission of outing stars for their subtle plastic surgery procedures. Her account IGFamousByDana, which currently has more than 200,000 followers, posts head-scratching side-by-side photos of celebrities, models and reality stars, often accompanied by references to their public claims that they’ve never had work done. But how else to explain their shrinking noses, shifting eye shapes and evolving body types?

Stars — and their rabid defenders — will say the changes can be attributed to things such as weight loss and aging. But Omari, 32 — a self-appointed nip/tuck detective who works as a consultation manager at a medical spa — isn’t buying it. “Think about the people in your life that you know, when they’ve lost weight, how they’ve aged. They don’t change like crazy and in the span of a couple of years, unless it was really intense weight loss or they went and had work done, you know?” 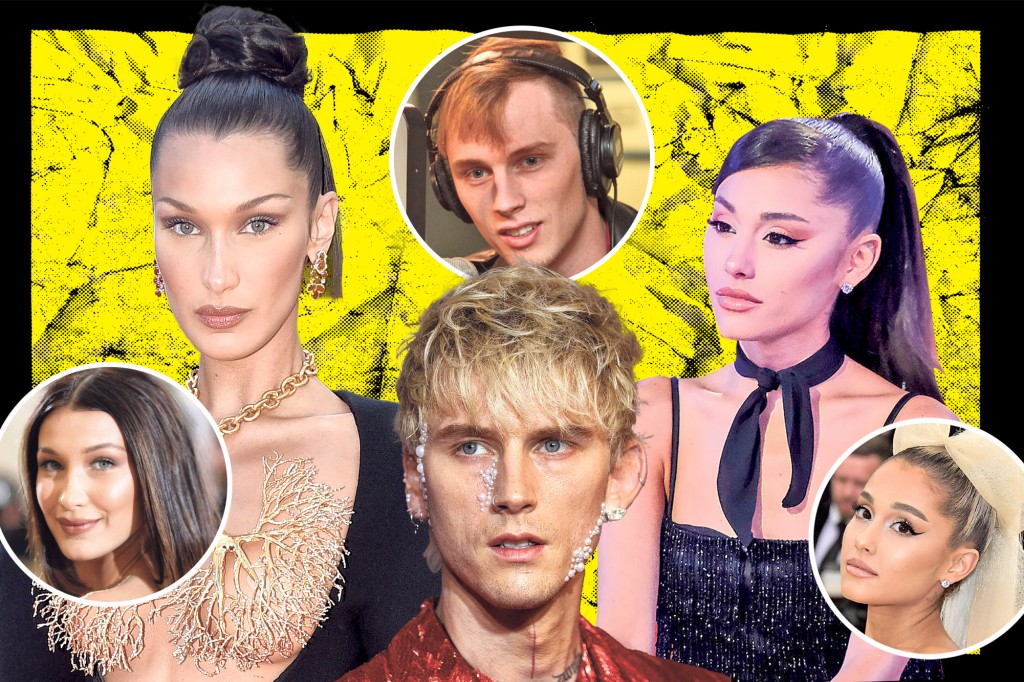 Bella Hadid (from left), Machine Gun Kelly and Ariana Grande appear to have upgraded their looks, according to nip/tuck detective Dana Omari.

Same goes for the suggestion, sometimes offered up by loyal fans, that high-profile women in their 20s — such as Ariana Grande, 28; Kendall Jenner, 26; and Kylie Jenner, 24 — are still going through puberty. “If you’re still in puberty at 25, there is something very wrong, you need to go to the doctor, that’s not normal,” Omari said.

Indeed, younger and younger celebs are going under the knife, getting procedures — including facelifts — typically associated with aging clientele. Omari, a registered dietician living in Houston, Texas, believes this is due to the pressures actresses and models face in today’s hyper-connected world. “We have direct access [on social media] to criticize them, critique them, compliment them, whatever it is, and I think that it plays a major role in wanting to look perfect or Instagrammable at any moment,” she said.

Omari is quick to point out that her account isn’t about shaming anyone — with one exception.

“I do feel strongly about holding some of these celebrities accountable, [particularly] people that are very adamant that they are natural when they’re not, and/or they’re selling something,” she said. When it comes to leading ladies using their platforms, and their polished looks, to hawk products — whether multivitamins or skincare serums — she contends that it verges on “unethical” when they attribute their perfect appearances to lifestyle choices and self-care.

Instead, Omari wishes that the rich and famous would be more upfront about their relationships with their surgeons. “All of these people are very beautiful,” she said. “[But] they didn’t yoga-and-water their way there.”

Read on to learn about five sneaky surgical procedures that are blazing their way through young Hollywood. None of the celebrities mentioned below have admitted to having had work done (and some have publicly denied it). 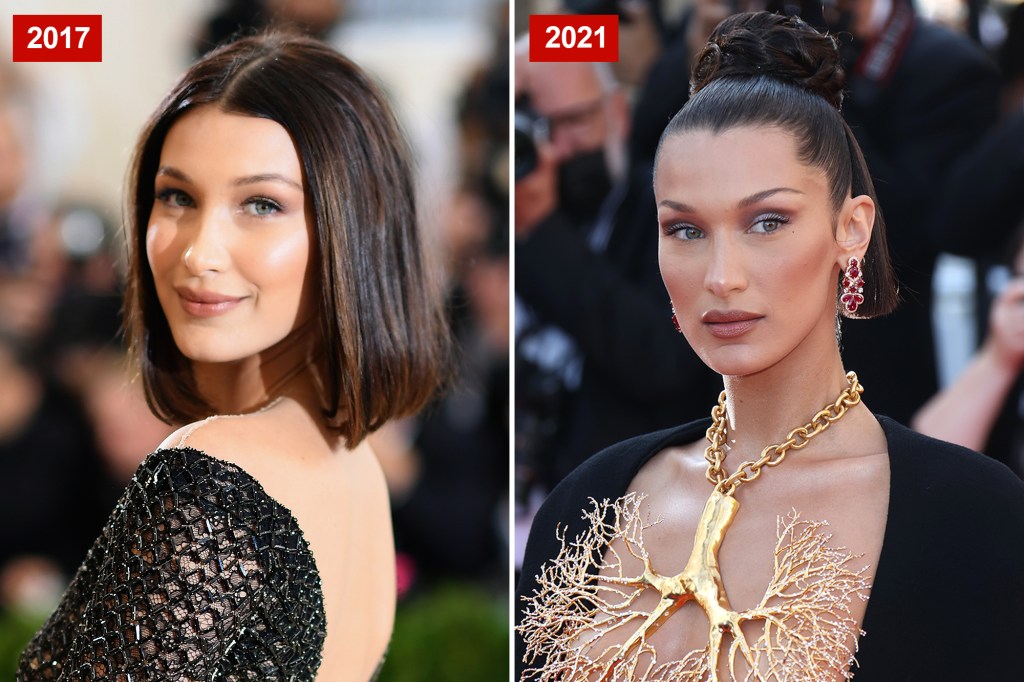 Omari said that the changes to Hadid’s eyes and brows can be attributed, at least in part, to a fox eye lift.

How do today’s ingenues — such as Kendall Jenner and Bella Hadid, 25 — get that trendy, upswept look around their eyes, reminiscent of an Instagram filter? It’s not just good makeup, said Omari. Instead, starlets are going in for pricey “fox eye lifts,” a k a canthoplasties, in which the outer corner of the eye is surgically reshaped. “It changes the tilt of your eye, it makes your eye a little bit bigger but when you pull it makes it a little bit more slanted,” Omari said, adding that it costs around $5,000. She said it’s often paired with a surgical brow lift (priced at $3,000 to $8,000, depending on the surgeon and the face), which can also make the eyes look wider and brighter. 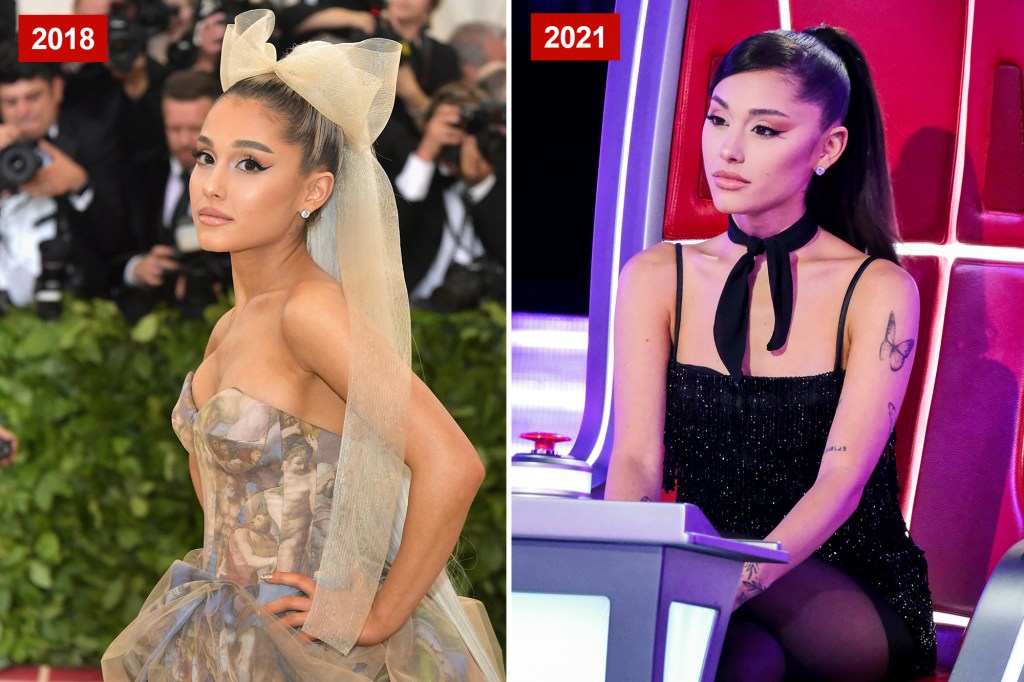 Grande’s tightened, upswept look on “The Voice” (right) could be the result of a pricey ponytail facelift, Omari said.

Facelifts — they’re no longer just for clients of a certain age! So-called ponytail facelifts — “the reason it’s called that is it pulls really high up on the temples, that can give you that lifted look,” Omari explained — are gaining ground with starlets as young as their 20s (she speculates that Bella Hadid and Ariana Grande have both undergone this procedure, which can cost upwards of $100,000). As opposed to performing a facelift on an aging woman, Omari continued, “when you do it on someone whose tissue has not moved yet because they’re in their 20s, it pulls it beyond where their natural starting point is and it gives it that fox-eye look,” in addition to an uncanny, smoothed-out appearance that can also be achieved, temporarily, with Botox and fillers. 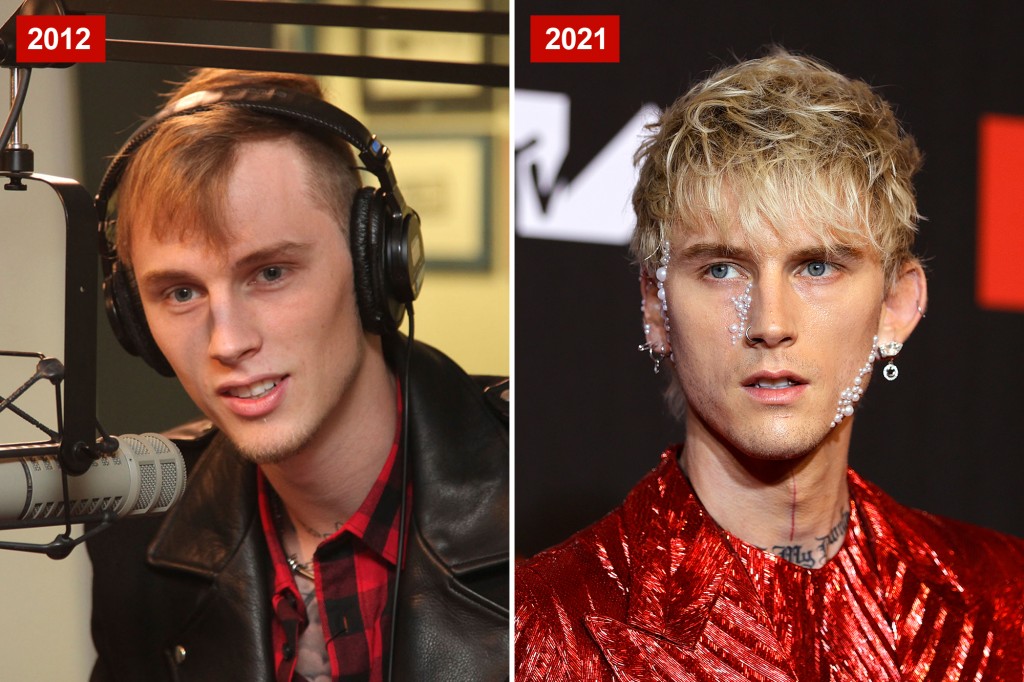 Omari believes the Machine Gun Kelly had a hair transplant before skyrocketing to superstardom.

When we think of celebs getting hair transplants, we usually imagine a man in his 40s or 50s. But signs of male pattern baldness can start by the time a man hits his mid-20s, which is why Omari guesses that young heartthrobs such as Machine Gun Kelly, 31, have been proactive by having this surgery early. “When you get a hair transplant, basically they’re taking live follicles from where you might not miss it,” said Omari, explaining that anyone who’s had this done would have some well-concealed thinning at the back of their head, where follicles were harvested. Another telltale sign? At first, the result “almost looks too good, it’s too dense all in the same area,” Omari said, adding that this procedure can cost $10,000 or more, depending on the extent of the balding. This unnatural thickness is due to “overplant[ing] … it might not grow, so they transplant a little bit more follicles than you would have had naturally because some of it is not going to take.” 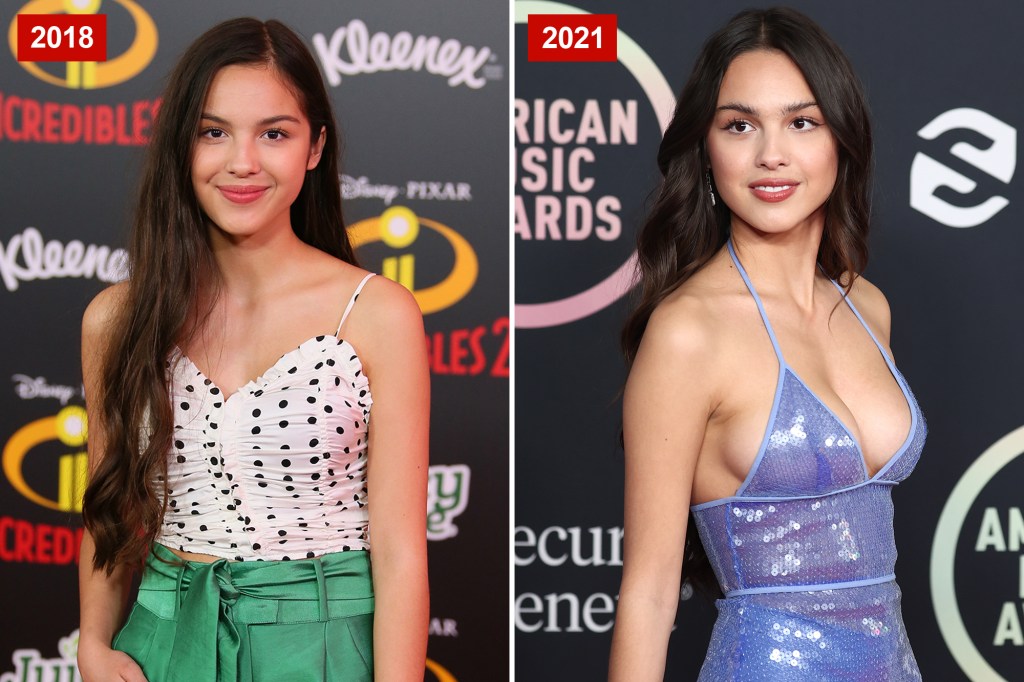 Omari said that the Pamela Anderson, Playboy bunny look is officially over, and women — both starlets and regular folks — are seeking out proportionate augmentations now. “Most women, besides maybe for a very unfortunate period in the late ’90s and early 2000s, go for a size that fits them. That’s the goal. If they’re on the smaller side, or even if they’re not especially thin, they don’t normally go from no breast tissue to triple Ds.” Ingenues such as Kendall Jenner and 18-year-old Olivia Rodrigo — who Omari believes have had this $8,000 to $15,000 procedure done — might be looking for “more projection, more roundness … and a natural-[looking] lift,” she said. 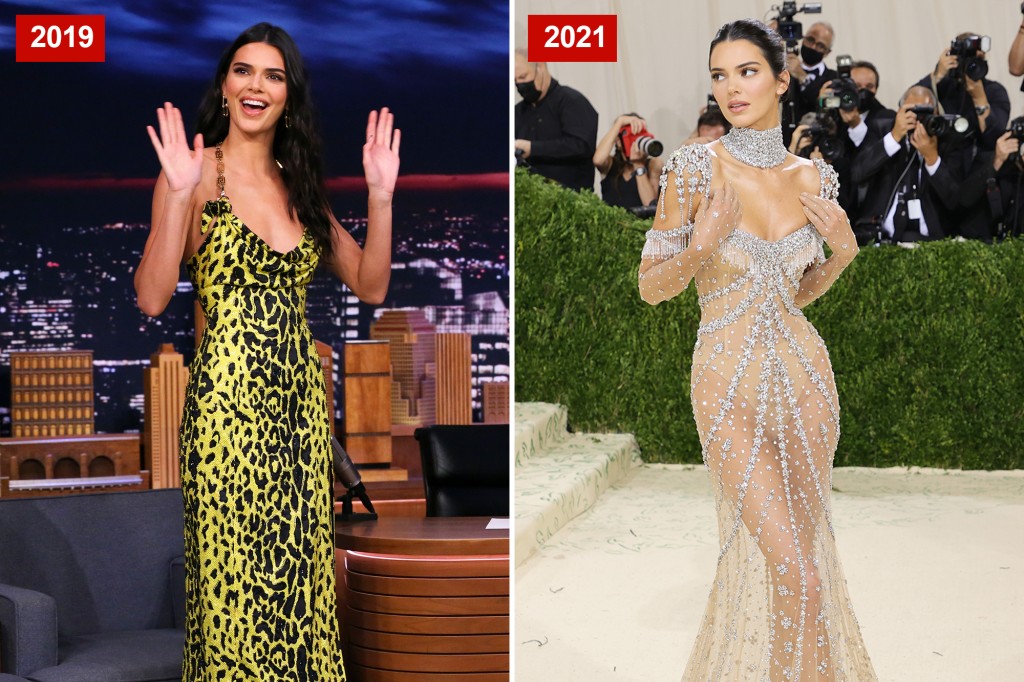 Dermal fillers are popular for facial tweaks, but a lesser-known application is to use them to create curves. Sculptra, Omari said, “fills by volume just like lip filler, but also builds collagen, which can also affect the size or the shape and it lasts about 3 years.” However, it’s expensive, which is why Omari said it’s most accessible to women such as the Kardashians, who can afford “to spend $15,000 to augment their hips with Sculptra.” It’s often used in conjunction with liposuction, as “it can actually smooth any dimpling in your thighs, your butt, your hips — anywhere.” But for someone like Kendall Jenner, who is naturally quite svelte, Omari speculates that her skinny hourglass look is all fillers. But, Omari added, “It’s not permanent,” which is why for regular clients the maintenance cost can be especially prohibitive.